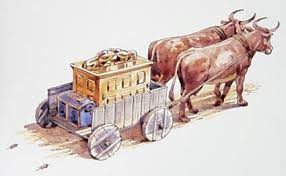 Posted by Nathan on  June 21, 2020
Comments Off on Follow me… I know a Shortcut!
Category: Gospel
Tags: Word of God

1David again brought together all the able young men of Israel—thirty thousand. 2 He and all his men went to Baalah in Judah to bring up from there the ark of God, which is called by the Name, the name of the Lord Almighty, who is enthroned between the cherubim on the ark. 3 They set the ark of God on a new cart and brought it from the house of Abinadab, which was on the hill. Uzzah and Ahio, sons of Abinadab, were guiding the new cart 4 with the ark of God on it, and Ahio was walking in front of it. 5 David and all Israel were celebrating with all their might before the Lord, with castanets, harps, lyres, timbrels, sistrums and cymbals.”

So many times we are excited about our plans, which for sure include God’s plans for us, however, they are not following 100% what God has planned for us. Romans 12:2 tells us that God’s will is good, pleasing and perfect.

But what was God’s perfect will for transporting the Ark?

10 “Have them make an ark of acacia wood—two and a half cubits long, a cubit and a half wide, and a cubit and a half high.11 Overlay it with pure gold, both inside and out, and make a gold molding around it. 12 Cast four gold rings for it and fasten them to its four feet, with two rings on one side and two rings on the other. 13 Then make poles of acacia wood and overlay them with gold. 14 Insert the poles into the rings on the sides of the ark to carry it. 15 The poles are to remain in the rings of this ark; they are not to be removed.

God’s perfect desire for transporting the Ark was that humans had to carry the ark on their shoulders, which would take significantly longer time and require way more attention and efforts than transporting through a cart.

God uses people to achieve His Will on Earth.

The story continues in II Samuel 6:

6 When they came to the threshing floor of Nakon, Uzzah reached out and took hold of the ark of God, because the oxen stumbled. 7 The Lord’s anger burned against Uzzah because of his irreverent act; therefore God struck him down, and he died there beside the ark of God.

Because Israel and King David wanted to transport the Ark as soon as possible they tried a shortcut. It’s part of human nature to try to achieve goals using the least effort as possible, trying to go through shortcuts. However, in Christian life shortcuts many times bring us to bad results. In this story we see that Lord’s anger burned against Uzzah and he died.

Most times we will not necessarily die a physical life for disrespecting God’s will, but we can burn years of our lives following a path that is not leading to where God has us to go.

14 Wherefore he saith, Awake thou that sleepest, and arise from the dead, and Christ shall give thee light.15 See then that ye walk circumspectly, not as fools, but as wise,16 Redeeming the time, because the days are evil. 17 Wherefore be ye not unwise, but understanding what the will of the Lord is.

Bible tells us to be wise, redeeming the time.

We have been used to tell everyone we are so busy, we are always too busy to study the Bible, to pray, to call our friends and share the Gospel with them, we are always so busy to do everything, however, God has brought us all to a time of waiting this year. 20/20 is known as the perfect vision, have we been allowing God to open our eyes for His plans for us along this year?

How have we been using our time during this year?

Are we following God’s will – which is good, pleasing and perfect – for our lives along this year?

Ecclesiastes 3 tells us that there is a time for everything, and a season for every activity under Heaven and a time to embrace, and a time to refrain from embracing

We understand now is the time to refrain from embracing, we are spending less time with social gatherings and more time by ourselves and, hopefully, we have more time to listen to the Holy Spirit and understand what God wants to tell us.

What has been God telling you along this year?

What are His plans for your life?

After a terrible situation – Uzzah’s Death – King David took 3 months to meditate on what was God’s way to transport the Ark. Sometimes we feel stuck, particularly as most of us see our plans for 2020 impacted by this time of waiting.

II Samuel 6 12 Now King David was told, “The Lord has blessed the household of Obed-Edom and everything he has, because of the ark of God.” So David went to bring up the ark of God from the house of Obed-Edom to the City of David with rejoicing. 13 When those who were carrying the ark of the Lord had taken six steps, he sacrificed a bull and a fattened calf. 14 Wearing a linen ephod, David was dancing before the Lord with all his might, 15 while he and all Israel were bringing up the ark of the Lord with shouts and the sound of trumpets.

King David decided to go ahead and transport the Ark of God the way it was intended – by humans – carrying the Ark on their shoulders instead of oxen.

God is the master of second chances. Maybe this year brings a second chance for us to have time for God, to listen to His will for us and proceed glorifying Him. Just like happened to King David.

David went further and decided to sacrifice a bull every six steps, for sure this increased significantly the time to transport the Ark of God, but David had realized that when he is with the Ark of God, hence, God’s Presence, there is no reason to rush and transport through oxen’s cart just to reach their final destination ASAP. We are living a society where time is money and the acronym ASAP is so frequently talked about. Now God brought us to a season where time is a resource we have abundantly whereas the hugs of our loved ones (which sometimes we have took for granted) is missing from our schedule.

28 And we know that in all things except a pandemic God works for the good of those who love him, who have been called according to his purpose.

As you can see, Romans 8 does NOT say “except a pandemic”, nope, there is no space for that in the Bible, it says in all things God works for the good of those who love Him. There is no place in the Bible that says that something doesn’t work for the good of those who love God. Of course we don’t enjoy watching a pandemic destroy so many people’s dreams and lives, but if we decide to love God, in all things He will work for our good. There is NO EXCEPTION, everything we go through will work for our good when we love God!

Let’s love God today with our most valuable resource: our time!

If you would like to start a relationship with God please repeat these words, speaking with your heart to Christ:

“Lord Jesus, I accept You as my only and enough Savior and Lord. Please forgive all of my sins and write my name on the Book of Life, because from today on my life is Yours! Amen!” 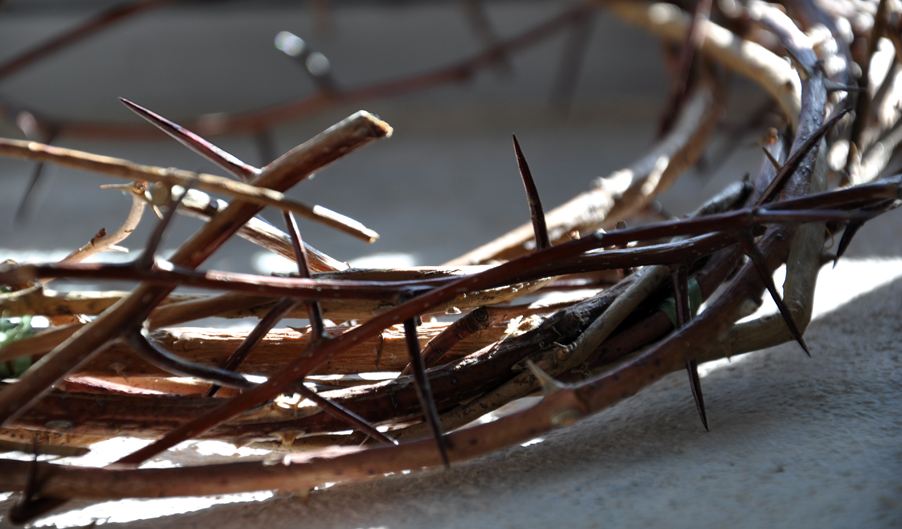 We will all die!

Posted by Nathan on  March 15, 2020
Comments Off on We will all die!
Category: Gospel
Tags: Word of God

We will all die, eventually, within the next 120 years.

Gen. 6:3  Then the LORD said, “My Spirit shall not strive with man forever, because he also is flesh; nevertheless his days shall be one hundred and twenty years.”

Year 2020 has just started and on the first days of the year we already have heard so much about the chances of a World War starting as well as a new pestilence coming to most countries in the world.

Matthew 24;7 For nation shall rise against nation, and kingdom against kingdom: and there shall be famines, and pestilences, and earthquakes, in divers places.

Jesus has warned us that this would happen, but it is not the end yet. The truth is, when most people are in panic, we should throw all our anxieties to Jesus:

I Peter 5;7 : Cast all your anxiety on him because he cares for you.

The world is crying out about Coronavirus, something interesting about this Virus name, corona in Latin means crown and this virus’ name comes from it’s structural proteins in spike forms.

Proverbs 22;3 The prudent see danger and take refuge, but the simple keep going and pay the penalty.

We should take refuge and be prudent. However, we should not panic. We will pray for ourselves, our children, our loved ones and we will trust God in His protection for us. We will be prudent and as we see danger, we will take refuge. Above all, we will cast all our anxiety on Jesus because He cares for us.

That being said, we don’t need to panic, because the truth is we will all die, eventually, probably within the next 120 years and it probably will NOT be because of Coronavirus, but we are NOT eternal in our bodies in this Earth, we are Eternal in our Spirit and we will go live in Heaven!

Jesus already has won Coronavirus at the Cross:

Isaiah 53;5 But he was pierced for our transgressions, he was crushed for our iniquities; the punishment that brought us peace was on him, and by his wounds we are healed.

And how did Jesus win against death and which wounds have we been healed by?

John 19;2 The soldiers twisted together a crown of thorns and put it on his head. They clothed him in a purple robe

Jesus wore a Crown of Spikes for us, some researchers says the jagged spikes from the date palm could be up to twelve inches in length. They were meshed together then rammed on Jesus’ head.

Jesus wore a Crown of Spikes for us, to free us from all sin, all shame, all death and even this Coronavirus, with it’s Crown Of Spikes, Jesus already has won against this all for us when He was crucified. We should not fear, as long as we give our lives to Jesus we can trust and be reassured in His Words, that one day, if He does not come before that, we will die, but the great news is we will awake up to Christ, in Heaven, where there will be no more tears, no more sin, no more fears, no more pain, we will live forever worshipping God and living for His Will, for the centuries and centuries! Amen!

If you would like to start a relationship with God please repeat these words, speaking with your heart to Christ:

“Lord Jesus, I accept You as my only and enough Savior and Lord. Please forgive all of my sins and write my name on the Book of Life, because from today on my life is Yours! Amen!” 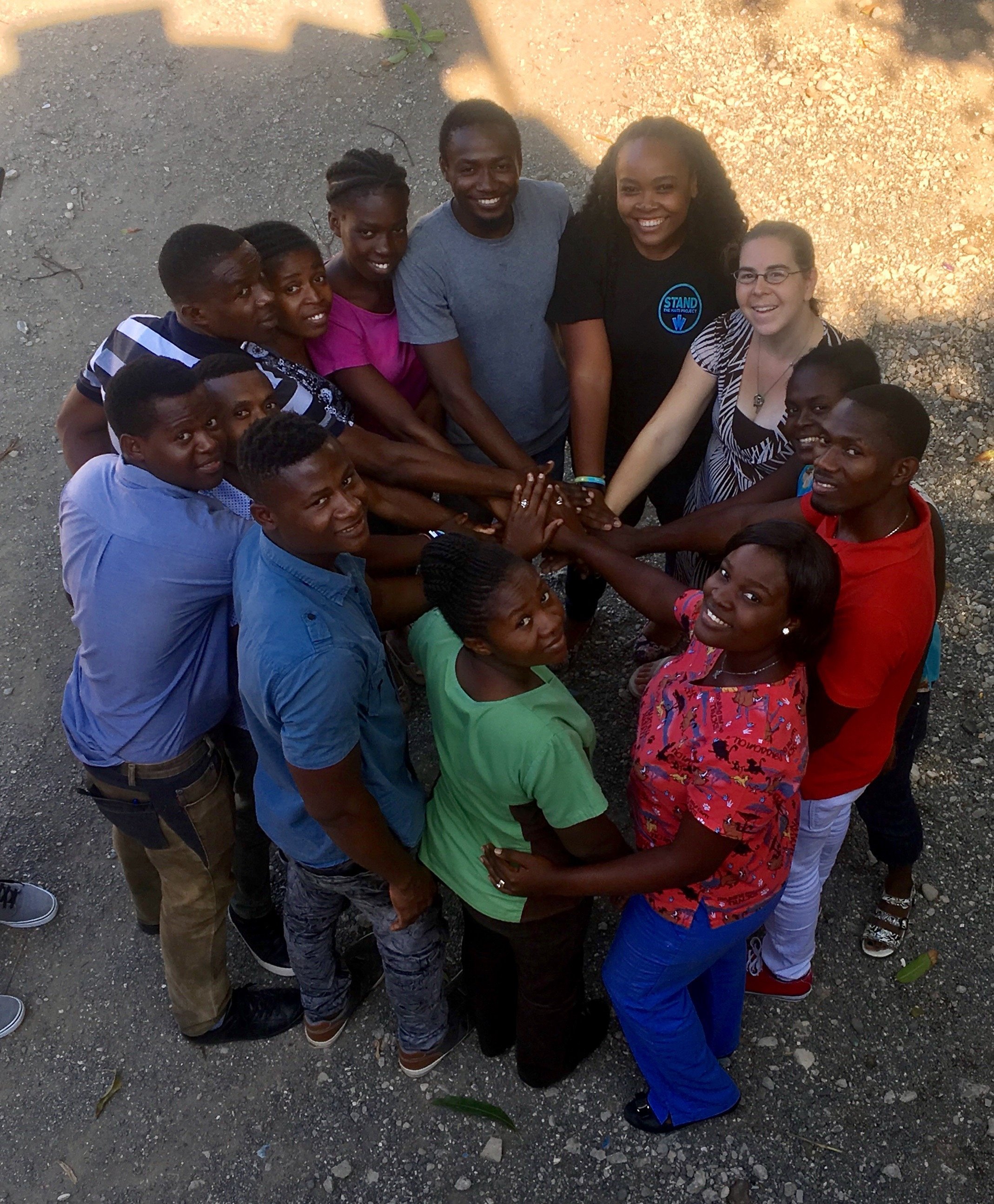